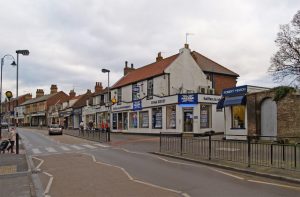 Expect delays and diversions if you have to drive through the town centre in September. East riding Council have announced that they will be carrying out resurfacing works on Newbegin and New Road from the Market Place junction to Grosvenor Road. The programme of works incorporates both day (9.30am-3,30pm) and evening (6pm-11pm) shifts, which primarily avoids closing the main shopping area during the day. Access will be permitted within the works areas to residents and business owners but vehicles will not. The basic outline of the programme is as follows:

20th-26th September- Laying the final surface course on the carriageway under a road closure (Weekdays 6pm-11pm).

There will be a signed diversion route via Market Place, Eastgate and Cliff Road or Marine Drive. Work will alternate between two areas; between the Market Place junction and Co-op and Co-op to Grosvenor Road but no works will be carried out simultaneously on both areas. All routes will be open as usual during daytime hours.

The East Riding of Yorkshire Council has agreed that they will continue to support local businesses and communities by providing free car parking during the four weekends in December at all our charged Car Parks.

This will include 1-2nd December 8-9th December 15-16th December and 22-23rd December.  This should encourage residents and visitors to shop locally and attract additional trade into the town centre in the run up to Christmas.

It is also agreed that they will adopt free car parking on Sunday 11th November to all these car parks for Remembrance Day.

Councillor Mrs Jefferson was very pleased to support this initiative and felt that the small local businesses in Hornsea would appreciate this.

At a recent Hornsea Town Council Meeting Councillor Mrs Barbara Jefferson informed her fellow councillors that she had received an update from Graham Stuart MP regarding the situation of undelivered postal packages being retained in Hornsea rather than Beverley.

Councillor Jefferson had asked Graham Stuart to see if there was any way that he could persuade the Post Office to find an operator in Hornsea with a view to them storing mail for collection by customers.  Unfortunately, they have explored a number of options to accommodate the mail but they do not have the space to store the quantities of mail involved.

The Post Office pass on their apologies for their disappointing response and the inconvenience to customers.  However, customers can ask Royal Mail to redeliver an item of mail to their address, free of charge on a more convenient date.  They can also ask Royal Mail to deliver to another address in the same postcode area.  Councillor Jefferson said that she had thanked Graham Stuart for all his help.